Ray Christensen started running in 2002 at the age of 40 after joining the Arthritis Foundation’s training program to run the Dublin Marathon. The following year, he learned the PCVRC was gathering novice runners for weekly group runs. This group later turned into the Rebel Runners and Ray has continued to invite people to participate in weekly Thursday group runs at the Delcastle Recreational Area for over 10 years.

“Running has been great for my fitness & self-confidence, but training with a group adds so much more fun and motivation”, added Ray. He encourages others to join the club to experience the comradery that makes achieving goals easier and more enjoyable. Ray ran 3 marathons before his first 5K, and has always been better at longer distances.

Through year end 2012, Ray has completed 22 marathons and over 40 half marathons, including 11 consecutive Caesar Rodney Half Marathons. Ray first qualified for Boston in 2005, remains qualified, and has run it 3 times. Ray’s marathon PR is 3:13:12 at New Jersey in 2008.

However, what makes Ray eligible for the PCVRC Hall of Fame, is his six years on the Board, including being President for the past 3 years. Ray has helped the club grow, brought new sponsorships to the club, and has provided invaluable leadership and continuity. Ray created the club’s Facebook page and is the designer and webmaster of www.pcvrc.com, which received recognition from the Road Runners Club of America for a “top small club website”.

Ray has assisted in updating the club Bylaws, creating new coordinator positions, and tirelessly working to increase the involvement of club members and board members. Ray also established and maintains a lead role in the club’s “Charity Partner” program.

Ray has been the Race Director of the Nun Run 5k for the past 3 years and is the co-race-director of the Delaware Distance Classic 15K & 5K race, the club’s largest event. He is also the RRCA Delaware State Rep since 2011.

Ray has written 2 eBooks: “Run With Me: How To Start, Improve, or Join a Running Club”, and “A Better Race Website”. Ray has also designed the following websites: www.RebelRunners.com, www.RunningMyRaces.com (a nationwide race directory), and his personal site, www.RunMarathonMan.com.

It is with great pride that we induct Ray into the PCVRC Hall of Fame! 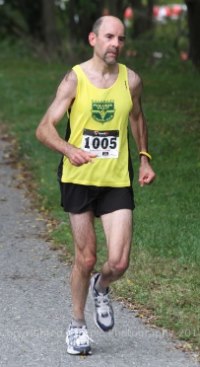