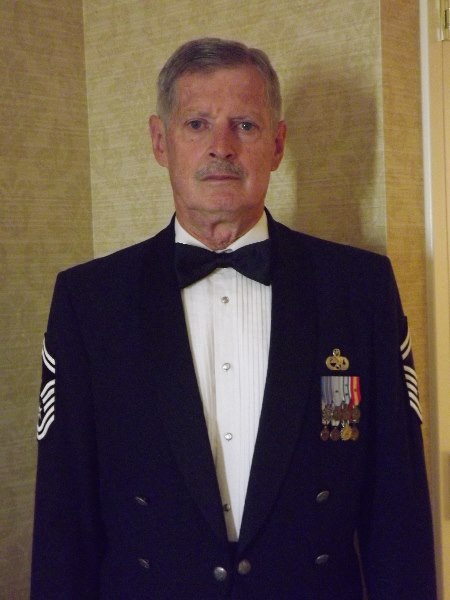 Jerry started running in 1984. His first race was Brian’s Run in December. Soon after that he joined PCVRC to be with runners to see if he could learn more about the sport. Describing himself as “never really fast”, he says: “I really like the running. I believe that it has helped me to stay healthy. I really, really like racing.” The camaraderie in the running community is just outstanding. I have made some good friends and met some really interesting, nice people through my association with PCVRC, running/racing and had a darned good time doing it.”

Over the years Jerry has completed 10 marathons including Marine Corps, Lincoln (Neb) (PR of 3:50), and Delaware. Jerry first ran the Caesar Rodney Half-Marathon in 1985 and has run every one since except once when he could not be excused from National Guard duties. However being in the National Guard did not stop him in 1991 while deployed in Saudi Arabia for Desert Storm. That year it was arranged to have a simulated CR by doing laps around the tent city. The five runners from the Delaware Air National Guard that participated in the event while in the desert received bib numbers from the race. Jerry’s son and wife had their picture taken at the race start with then Governor Mile Castle while Jerry was running in another part of the world.


Jerry has tried to “run” in every state and country that he’s been: Panama, Mexico, Canada, Puerto Rico, Germany, Saudi Arabia, DE, VA, MD, PA, CA, FL, WA, NJ, and NV. For his running, he received a Runner of the Month award in 1993.

But Jerry is being inducted into the Hall of Fame, not so much for his running as for his work in supporting the club and the sport of running. He has been a perennial volunteer at the Delaware Distance Classic as well as volunteering at other races. He helped compile members’ running results for the PACER in the mid-1990s. When nobody else was coming forward, he took on the VP position to “groom” himself for President and later served many years as President.

Even after his stint as President ended, he’s remained on the board as Secretary. He is still sending out hard copy E-Bulletins to the club’s internet “refuseniks” and he’s working on helping to get information for our electronic versions of the Hall of Fame and Awards pages. For some of his past efforts, Jerry received the Member of the Year award in 2009. Now, in 2012, it’s time to induct him into the Hall of Fame. 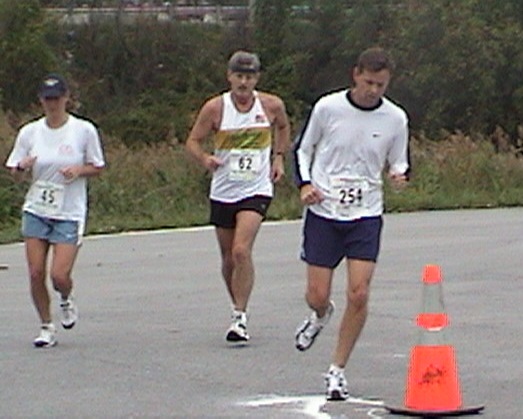 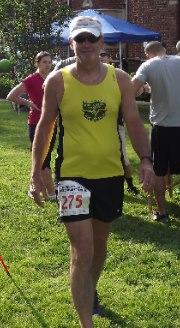