We welcome any club member who would like to be part or our 2021 USATF team!
(scroll down for 2019 recap)

PCVRC is the only Delaware running club that participates in the Mid Atlantic USATF Long Distance Running program. We have a long history of success in both the Grand Prix (road) and Off-Road (trail) race series competing as a team as well as in age group categories against running clubs from the Greater Philadelphia and South Jersey regions. 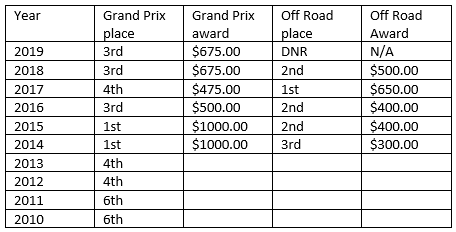 Tom Steenkamer, Team Coordinator
2019 was another great year for PCVRC in the Grand Prix (road) club challenge. The club participated in the club challenge series competing against 14 other clubs in the 11-race series finishing the season in 3rd place. We had 16 men and 13 women compete in the road race series. 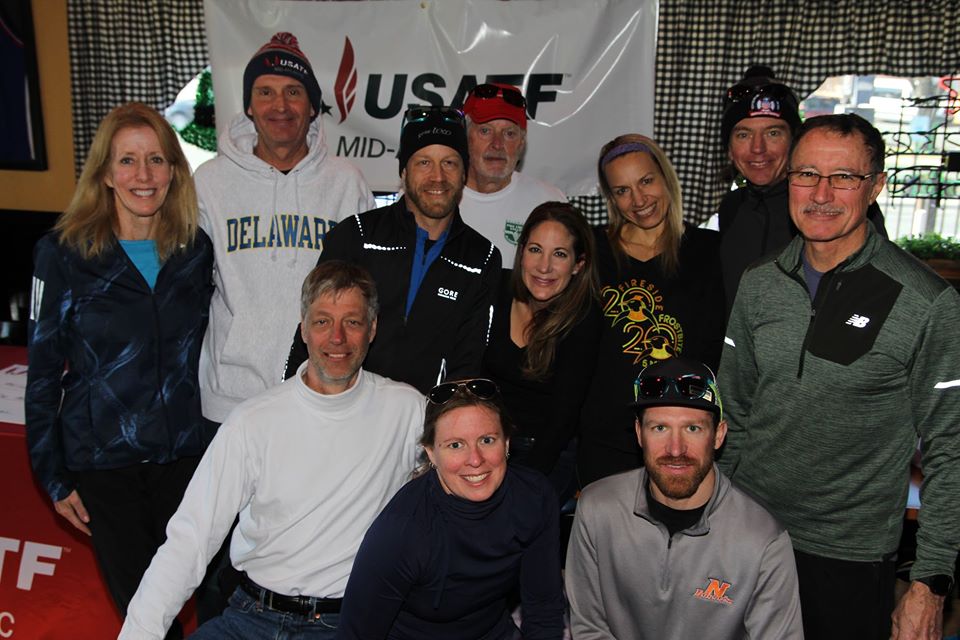 Club members were also recognized for success in the season long individual age grade competition. This highly competitive aspect of the road race series awards runners who compete in a minimum of 6 events with the highest average age grades score across the events. Congratulations to Greg Cauller and Dave Wiechecki.

The highlight of the 2019 USATF season was the return of the Club Cross Country National Championship to Lehigh University. On a warm but damp December day we had 54 runners compete against running clubs from across the nation on Lehigh University’s cross-country course. Women ran 6k, men over 60 – 8k and the balance of the men’s age groups – 10k. The soggy course produced slower times and muddy conditions for the later races as a mist transitioned to a light rain during the open races. Our ladies 60+ team found the podium with a 3rd place finish in their category besting the 4th place team by a mere 2 points! Individual success by Laura Latchford, 9th overall in the women’s master’s race and 1st in her age group and Mike DiGennaro for his 13th overall finish in the men’s 40+ race. (Add link to the full race summary).

2019 was the first year in recent history that the club did not participate in the off-road race series. We are looking for members who enjoy running off-road on the trails in 2020. If you run on the local trail systems in the DE State parks or nearby Fair Hill MD, you are ready to be part of our team.